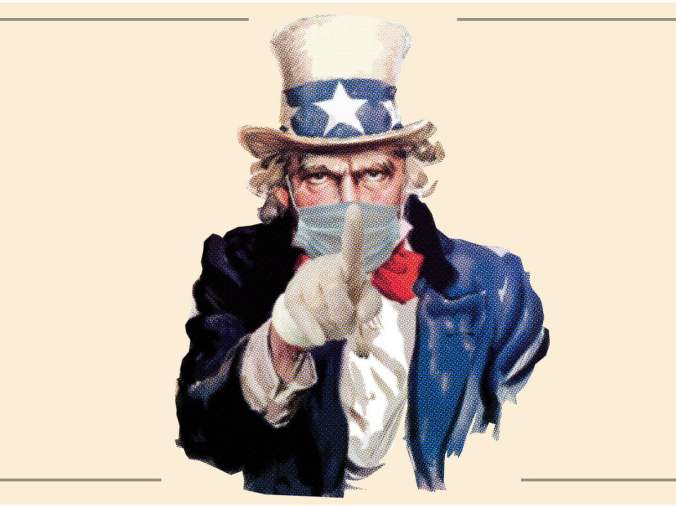 Just shy of eighty years ago this nation was attacked on what was, more or less, our own soil. The bombing of Pearl Harbor ended any pretense of non-involvement in the growing global conflagration and made concrete the United States’ active engagement in World War II. This country raised a combined services force of nearly 18 million Americans, over 6 million of whom were enlistees. That level of volunteerism (over 33%), as well as the gravity of the moment combined to compel history to see the men and women whose lives were so profoundly shaped by the depression of the thirties and the war of the forties as The Greatest Generation. I’m not entirely sure that we have done ourselves any real favor in the secular beatification of this group of people.

Lest anyone take the wrong impression upon reading this, I am not here to offer any broadly contradictory opinion on the subject. World War II is one of the few epochs in recorded history with a popular image that hews remarkably close its deeper more nuanced reality. The fate of the world, as we understand it, was genuinely at stake, and those who took part in that struggle have and had the right to see themselves as having been on the side of the angels in what was an absolute triumph of good over evil. In addition, it seems to me, that the ascribing of a variety of generally desirable traits (pragmatism, solution orientation) to the generation in question is founded in observable reality, and not a part of some mythos. The “what” of what happened then is something that can not be challenged. Over the years, however, the “why” of that time period has been romanticized in a way that although well meant, isn’t entirely accurate, and does the memories of those people no favor. It isn’t helping us much today either.

It has become an article of accepted wisdom that the members of The Greatest Generation acted not just in a noble cause, but were motivated by an intrinsically higher moral calling than those associated with other eras. The man who coined their sobriquet, journalist Tom Brokaw, wrote that they fought not for any personal aggrandizement but because they thought it was “the right thing to do”. From personal experience I’d say that I can not remember speaking to anyone in the age cohort who has not, in one way or another, referred to their actions as simply doing what had to be done. That sense of responsibility is, I think, utterly authentic and an understandable focus of most of the conversation. What has become a much less acceptable component of discussion on the subject is how the general state of the country and the world at the time provided a secondary impetus, as well as a unique preparation for their efforts.

For those whose interest in history does not exceed the average, a grasp of what life was truly like in the 1930’s is apt to be somewhat softened by viewing it through the prism of a current social safety net that did not exist for most of the first half of the last century. Many people who are aware of the widespread unemployment and fiscal depression of the era will, in casual conversation, forget to place that upheaval in the context of a society for whom the onset of all that misery occurred without much in the way of government backup. Put plainly, prior to 1940 there was precious little in the way of federal activity to ease the pain of a cratered economy. That fact is germane to this article in two ways. The most obvious one is that it supplied a financial motivation of absolutely existential proportion to those who had no clue as to how to provide the basics of life for themselves and their families. This was not simply a matter of needing more money. With joblessness having reached a peak of 25%, the sudden possibility of finding work must have been intoxicating to millions of Americans. If you take a look at newsreel footage of the faces of the young (primarily) men waiting to enlist, you can see that while an earnest desire to serve their nation may have been part of the story, a need to survive was probably more of a priority. Thin, running towards gaunt, they look like they’d spent their brief lives wondering what it might be like to eat more than once a day, wear clean clothes more than once a week or enjoy the benefits of indoor plumbing. Many of them had suffered through more than a decade of grinding poverty, living not just with deprivation, but without any reasonable expectation that things might get better. Small wonder then, that millions of them were willing to run the risk of dying thousands of miles away from their homes. Remaining where they were was only marginally less unappealing and for little if any discernible reward.

The grim economic outlook of the time was not only an impelling force in the surge in enlistment, it also gave the civilian population a great deal of practice when it came to living with scarcity. By the time the government was encouraging it’s citizens to take an active roll in the war effort by growing vegetables (Victory Gardens) and collecting material (scrap drives for rubber, metal and paper), most of the country already had more than a dozen years of unwanted but no less important lessons in how to economize and depend on each other. The skills that they’d already acquired were given a patriotic venue in which to be utilized. More important than anything else, I think, was the active nature of all the sacrifices they were asked to make. Psychologically, it seems to me, it’s probably more inspiring to have a visible unifying threat to work against, and an effort to support that actually demands overt action. Which brings me to a not remotely subtle pivot to a few words on what it is that we are, or are not, doing in response to our current crisis.

The differences between our “moment” and WWII are obvious, and to some extent the unintended consequence of the remarkable economic growth this nation has experienced in the intervening decades. If one remains wedded to the view of our recent ancestors as having been imbued by a saintly impetus instead of the more complex combination of duty and self-interest, it isn’t any sort of leap to seeing our current circumstances, and the mixed at best response, through the prism of disappointment bordering on contempt. It’s easy to look at everything that’s occurred in the last five months and be disgusted by the whole stinking mess. I think it’s worth reflecting on the differences briefly, if only to take some of the emotion out of the conversation.

We are facing a serious threat to our lives that can not be seen. The virus does not seem to attack us all equally. The information regarding the illness has changed with a frequency that undermines our trust in the institutions in which we should be able to have faith. The Greatest Generation was asked to do what they were already doing, albeit in a more nationally directed fashion. We find ourselves in a situation where no small part of our most altruistic behavior is largely centered on living in a very different way than what we are accustomed to. To make matters worse, two of the three actions we’ve been asked to take — wearing a mask, social distancing— feel both restricting and passive, leaving many of us believing we are paying a price but not effectively involved. The fact that local authorities have been a bit capricious in their insistence on the aforementioned behaviors (protest and riot are exempt, small business and worship not so much) only makes it worse. And, you know, that’s just the way it is. Not that I’m not without empathy for those who refuse to do what, at this point, seems to be necessary. I wear some form of PPE pretty much all day long and hate every second of it. Still if looking deeper into the actions and motivations of those that shaped the War years is no insult to them, then relating to the frustrations that we are all feeling is no excuse for an inconsiderate lack of compliance on the part of so many, today. They were ready and willing to throw themselves into making do, and doing without. I don’t think it’s too much to ask that when we’re out in public we give a little consideration to the next person and (temporarily) yield a bit of our personal freedom in the hopes of halting the spread of this contagion. It isn’t viscerally satisfying, but right now a face shield and six feet of space is what rolling up our sleeves and getting to work looks like. And while your in that position, don’t forget to wash your hands.

3 thoughts on “All Together Now: Shared Sacrifice in the Age of COVID-19”