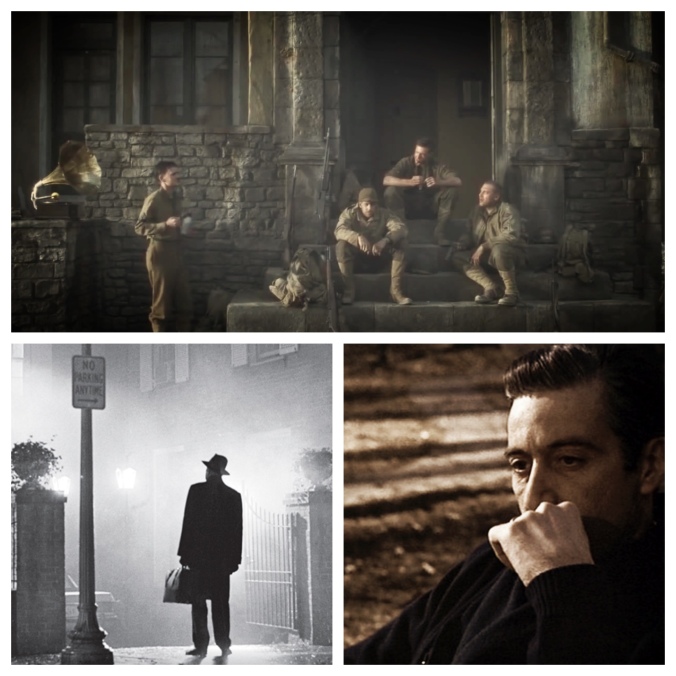 As a child, I spent a great deal of time at the movies. When I was very young and my family still functioned as one, it was an inexpensive night out. When things began to slowly erode at home I was fortunate enough to have a maiden aunt living with us who combined a tendency to dote on us with a delightfully shaky sense of judgement over what might or might not constitute suitable viewing for a pre-teen. This perfect storm of need and carelessness allowed me the opportunity to see more than a few films I had no business attending. It wasn’t a carte blanche opportunity. Revealing, what I imagined to be, a life long fear of physical intimacy, she wouldn’t bring me to anything overtly sexual, but spectacular early 70’s violence was definitely on the table. For those of poor memory, or who are simply too young to have lived through it, the period in question was one of remarkable darkness. I refer not just to entertainment, but to the grim post-war realities that created the zeitgeist which in turn paved the way for the avalanche of lawlessness and urban blight that constituted no small portion of the cinema that defined the decade. It was in this setting that I first experienced a visceral understanding of the adage, ” a picture’s worth a thousand words.”

Somewhere in the early to mid-winter of 1974-75, I found myself sitting next to my aunt, silently staring at a man who it seemed was himself taking an extraordinarily painful lesson in irony. Having vanquished all foes in brutal fashion, Michael Corleone sat alone on the wooded grounds of his Lake Tahoe estate. In a scene that appeared to be set in late autumn he looked like a man trying to figure out how everything could have transpired so perfectly according to plan and still gone so wrong. I won’t pretend that as an eleven year old child I was possessed of the more existential insights into his solitude. I simply had an overwhelming sense of his fundamental loneliness. I had been watching this story unfold for more than three hours. He was clearly the protagonist of this movie, which at my age was easy enough to confuse with being the hero. Through a combination of ruthless intelligence and an absolute will to do whatever was necessary, he’d been able to remove every obstacle to his plans and all threats to the people he loved. And then he was alone. Not a temporary quiet, allowing for a peaceful reflection, but a crushing solitude in which everything he had, became everything he lost. More than forty years later I can not see that image without being instantly overwhelmed with the belief that Michael is, for the first time, realizing that he has driven everyone out of his life. As much as the narrative , it was, and is, the image itself that elicits those feelings in me. The frame is dominated by Michael sitting pensively, chin in hand, a defeated king. That moment, while perfectly serving the motion picture it is a part of, would be just as evocative as an isolated photograph. It is, I think, the perfect composition of the image that is responsible for not just the way I relate to it, but the instantaneous quality of that response. Over the years I’ve had the pleasure to relive that experience a few other times.

The Godfather II was a movie I got to see for the first time in a theater as a result of my aunt’s indulgence. The next time I can remember sitting in the dark and seeing so much in an single picture, I was in my bedroom enjoying my new VCR, finally getting to see a movie she had refused to take me to. In 1973 I had lobbied, unsuccessfully, to see The Exorcist. An unhesitating, and emphatic no. Even with irritating persistence as my default personality trait, I understood immediately that this was a lost cause. I didn’t make even the most perfunctory of attempts to relitigate the matter. There was a copy of the book in the house, and I ended up plowing through it in one long run as I was stuck in bed with an ugly enough virus to cause my mother to actually let me stay home from school. Achieving, what is upon reflection, a ludicrous level of satisfaction from reading the whole thing in one day, I went to sleep with a tremendous headache and a smug sense of importance from having done something I thought of as undeniably grown up. A dozen years later I was settling in to treat myself to the cultural landmark complete in all it’s pea soup vomit glory. As I watched I recalled the corresponding parts of the book and was pleased at how the film delivered on the promise of the novel. So much of what gripped me in the reading was transferred to the screen without adulteration. The horrific manifestations of Regan’s possession were painstakingly reproduced and brutally effective in their attention to detail. The struggle of her mother to maintain her sanity was achingly portrayed by Ellen Burstyn. It was turning into a rare instance of a book that had not been diminished in it’s adaptation to the cinema. At what I would guess is the beginning of the third act, the exorcist, Father Merrin, arrives at the house of the possessed girl. I can still remember the impact of watching him exit the cab he was in. Standing, suitcase in hand, silhouetted by a street lamp, he looks up at the window. Looking at him, taking up such a small piece of the frame but projecting a weighty presence, I had a complete understanding of all that had happened, and was about to happen. It is that picture that so sublimely captures the story and all it’s emotional underpinnings. I was not alone in this impression, as the distributors of the movie had chosen that still frame to feature in it’s promotional material. In the ensuing decades I have never read about, or heard mention of anything even tangentially attached to The Exorcist without thinking of Lancaster Merrin, alone in the Washington D.C. night preparing to do battle with the adversary of everything holy.

The last time I was lucky enough to be captivated in quite that fashion was the first time I watched Saving Private Ryan. Again I was completely immersed in a masterwork from a master artist. Starting with, what was in my opinion, the most staggeringly effective battle scene ever staged, and continuing throughout the search for the titular James Ryan, I sat spellbound. The film was an epic achievement. I still marvel at the way a story which is populated almost entirely by men of a similar age and mode of dress was written and performed so strongly that each character created a distinct impression on me which I carry with me to this day. Released on my birthday (July 24th) in the summer of 1998 not a year has passed without my watching it since then. In short I could speak, or write, for hours concerning the picture and barely scratch the surface of how powerfully this work of art has resonated for me. With all that, if someone were to ask me what the defining moment of the movie is I could answer without any hesitation. Before the final confrontation we have a chance to see the men, in various groupings, preparing for the battle. In a frame that I could not find posted anywhere but my memory, Mellish, Reiben and Horvath are sitting together on the stoop of a partially demolished building, listening to Upham translate the recording of Edith Piaf they have been listening to. The image is surprisingly beautiful, with the men lit by the soft afternoon sun, smiling in a way which seems to be in denial of the carnage that awaits them. As I watched them, I was struck by the contradiction their faces presented when compared with what they knew was heading towards them. More than anything else, that tableaux has become emblematic of the movie for me. A group of men who’ve had a fairly consistent level of internal conflict are sharing a distraction, not to pretend that all is well, but perhaps to tacitly acknowledge what is about to happen by enjoying what they surely understand may well be the last brief moment of peace in their lives. Weary, dirty, possibly facing death, they laugh together, still alive in that laughter. Quite the picture.