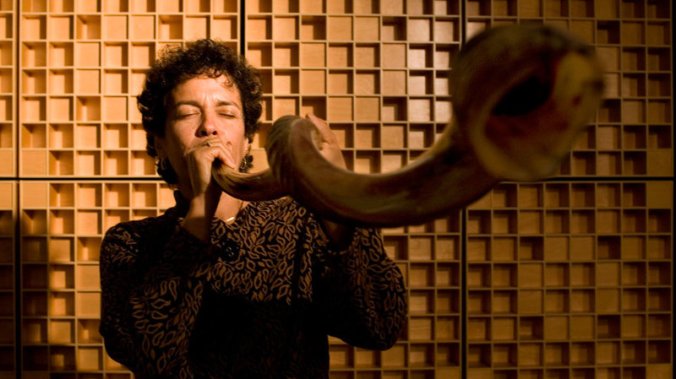 Back in July I came across an obituary in The Economist that resonated for me, and has continued to drift in and out of my mind in the ensuing months. Part of that, I’m sure, is a function of the way in which I enjoy the magazine. I have a 110-mile round trip commute and as a result my reading time is limited. As an accommodation to that lengthy drive I have a digital copy of the periodical loaded onto my phone and listen to it as I pass the miles. In addition, I go to a gym near work in the morning and so leave the house at farm-chore hour of 4:30 A.M. Something about hearing an impressive life summed up in a clipped British accent when there are few other people on the road lends an additional gravity to the experience. The woman who was being eulogized was Jennie Litvak. As one would expect of a subject of interest to a magazine with the standing and reach of the The Economist, her life had been one of varied and notable achievement, the impressiveness of which was only possibly superseded by the sadness of it’s relative brevity. Although not an absolutely tragic age at which to pass on, her fifty-five years at the time of her demise is still way short of what we’ve come to expect as a normal life span in the rich world. It also was the same age I happened to be as I listened to a too brief rendering of her life, alone on the road, in the dark.

Ms. Litvak lived a life that was, to me, at once quite grounded and yet remarkable in it’s own way. Growing up in Canada she’d played the trumpet, and had the good fortune to see musical legend, Dizzy Gillespie, perform at the Rising Sun jazz club, in her home town of Montreal. Adding initiative to luck she made sure to meet him after the show and convinced him to give her a private lesson the next day. They remained friends for the rest of his life, with he referring to her as his god-daughter, and she naming her first son Benjamin Diz. Having given real consideration to attending a music conservatory after high school she ended up attaining a degree in public policy from Duke and graduate work at the Fletcher School of Law and Diplomacy accompanied by her trumpet throughout those years. Even when working as an economist for the World Bank in locales as varied as Cameroon, Vietnam and Morocco the passion to make music never left her. Which lead to what would have undoubtedly been bad fiction but was in fact the poetic reality of her resigning her position at age forty-three to become a part of the movement to revitalize American Jewish spirituality. She joined the Adas Israel synagogue in Washington, DC, enjoying the focus on Jewish mindfulness, as well as classes in meditation and yoga. More than anything else, however, she found her truest self when she blew the shofar.

For those unfamiliar with the word, a shofar is a simple wind instrument carved from the horn of a ram, or some member of the deer family. Like it’s brass counterpart, the bugle, the shofar has no valves or slides, and so the changing of it’s pitch is solely the function of the players expertise. It is used in the Jewish faith on Rosh Hashanah and Yom Kippur, the two most sacred days of the year. Without drifting too deeply into a tutorial on the religion the sound of the horn is crucial to the prayer services of aforementioned holy days. Litvak found her shofar, as was fitting, on a walk through the Old City of Jerusalem with her husband. Creating that sound was a source of profound joy for her. She believed that, along with the births of her sons, it had brought her closer to God than anything else in her life. So connected was she to the act, that she persisted in it after losing parts of both lungs to the metastatic cancer that would eventually claim her life. For her, to sound the horn was to transport not only herself, but her fellow congregants to the consecrated ground of Mt. Sinai itself.

The obituary is the last section of the magazine, and so at it’s conclusion I still had miles of solitude ahead of me. Moving on in the quiet and the dark I spent a few minutes thinking about what I’d just heard. Certainly, I was effected by her story. In a limited way we shared a few things. I too am Jewish and grew up playing the trumpet. As a boy in Hebrew school, and then at various other times I had the opportunity to try my hand at the shofar. I could play a little. While not a candidate to step into an official role for a temple, I did more than merely make noise. At the time, that was as far as my rumination went. As the days have passed since then, I have found the article appearing in my consciousness more and more often, with shifting motivation for it’s reemergence.

I suppose the proximity of my mid-summer birthday was the first impetus for my sporadic recall of this woman’s story. I’m probably not alone in feeling somewhat unsettled by the death of someone who’s life has more or less lasted the same number of days as mine. As the Jewish New Year approached I certainly found myself thinking of Jennie Litvak with greater frequency and depth as well. I thought of the loss for her family, and for her fellow worshippers; what a terrible hole in their lives her absence must have been. Could it possibly feel like a new year to them, without her to signal that moment? For me the shortening days that usher in the winter are always a period of deeper thought, with a self assessment that becomes harsher as the weather turns colder. Being seasonably predisposed to that sort of introspection I’m not surprised that Ms. Litvak’s obituary returned to the front of my mind with sufficient strength to drive me to write the piece that you are now finishing. All of that is true, yet not what was, at the end of the day, most compelling. When I made the decision to write about her life I re-read the original piece a number of times. I think now that underneath all the other valid reasons that I’ve already discussed for maintaining an interest in Jennie Litvak’s story is not what I find familiar about it, but how it casually points out some of the things that seem to be missing in my life.

The written work that I’ve put out in these last two years is satisfying, to an extant, but there is no way to convince myself that I’m connecting to anything like the number of readers I would need to feel that what I was doing mattered in any way. Writing is different than a physical performance. As wonderful as it can be to know that you’ve chosen the perfect word or turn of phrase the satisfaction is fleeting, due to the fundamental process of putting word to page. I can’t think of any other creative endeavor in which the “rehearsal” and the “show” take place with such simultaneity. More than that, I can only guess at what it might be like to do something unique to my own set of talents, such as they are, and have that instant of self expression bond me to so many people in a way that both serves as, and obviates the need for, the acknowledgement and approval of others. Jennie Litvak blew the shofar and shared in the lives of everyone listening. I hope that some day I’ll be fortunate enough to know what that feels like, and in that knowing remember her, yet again.